Pepper Jack is Monterey Jack cheese with spicy peppers added to give the cheese a zesty flavor. Small pieces of peppers are added to the curds during production. 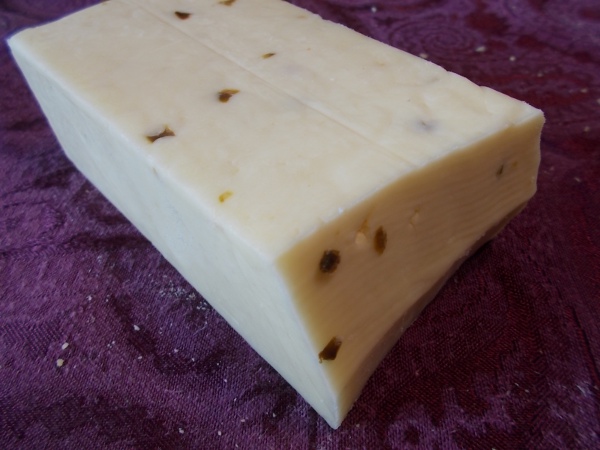 Pepper Jack is good with meats, especially beef. It also goes well on cheeseburgers, though sometimes the storebought factory stuff doesn't always melt well. It can be an alternative cheese in quesadillas. Pepper Jack is also great as a snack, often cut in cubes and served with crackers and/or melon.

In the United States Pepper Jack can be found in almost every grocery store.

Too lazy to go to the store? You can buy Pepper Jack online at amazon.com. They have Tillamook Pepper Jack, which is similar to what you would find in the store, as well as several other varieties

We have 12 recipes for Pepper Jack in our recipe section.